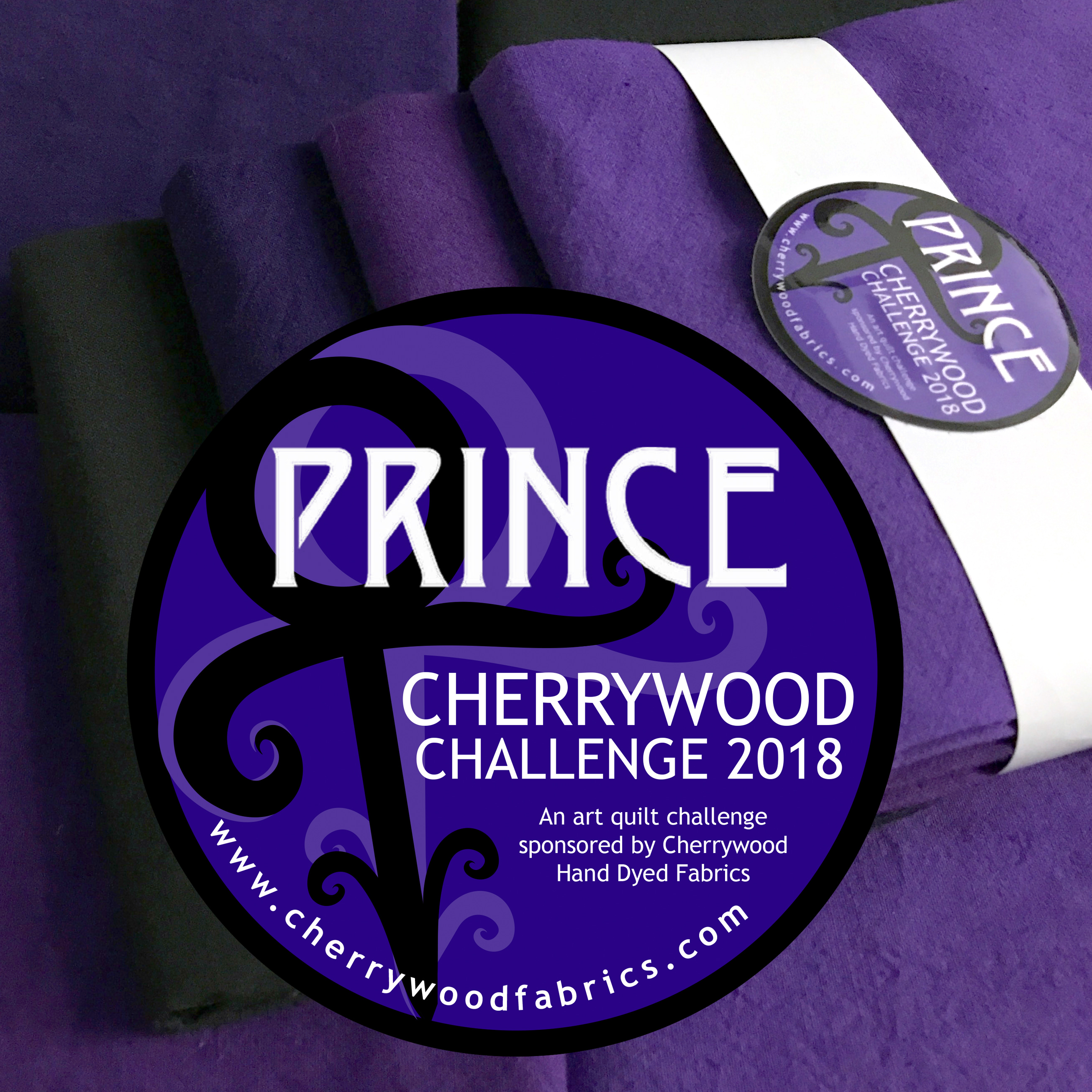 We created THREE Tours from the 165 Finalists that were juried into The Prince Cherrywood Challenge which concluded on July 2, 2018. 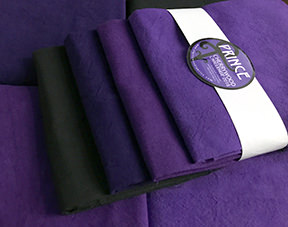 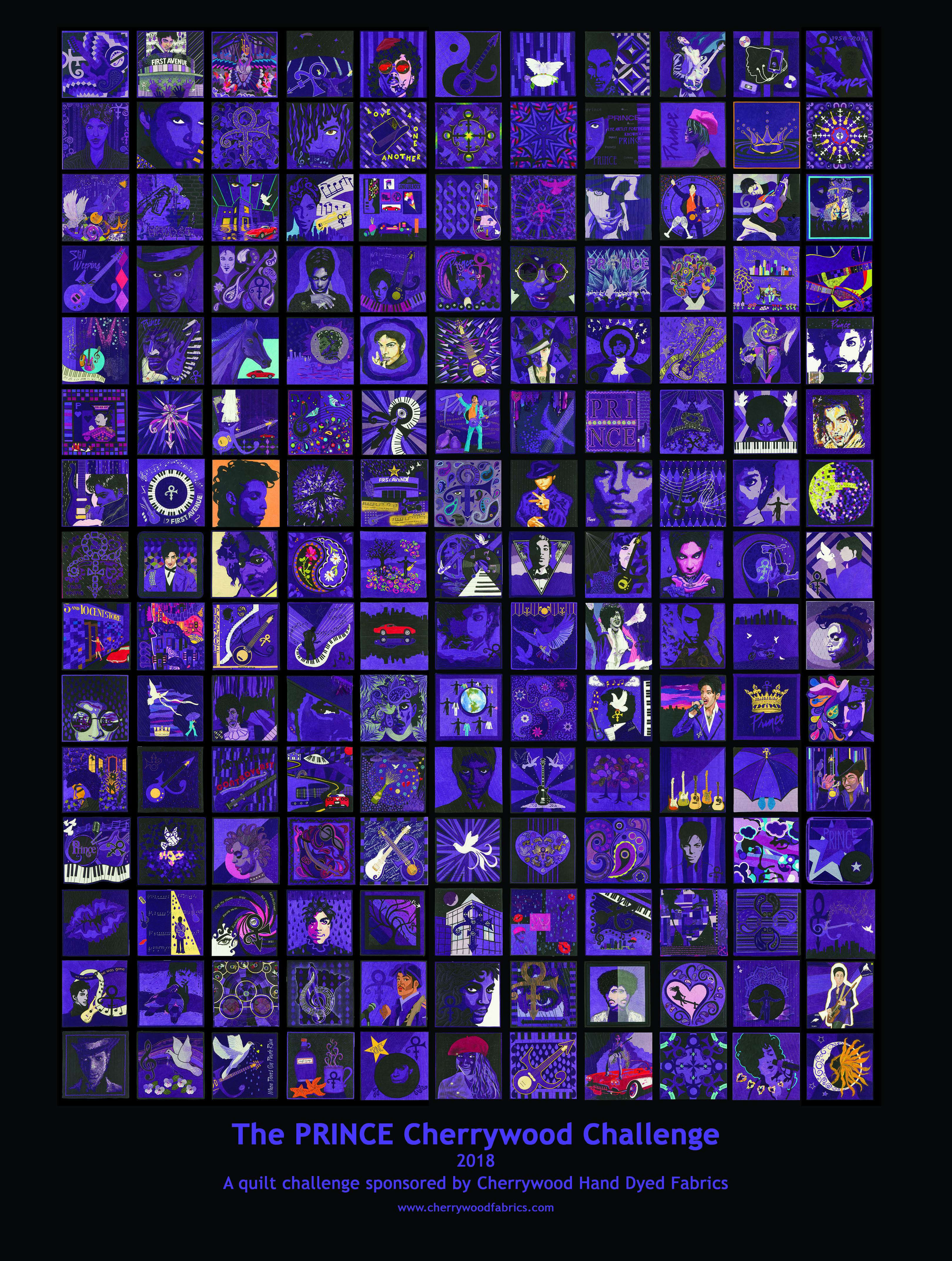 GOAL of the Challenge:
Our challenge is to take inspiration from Prince's music, style, movies, and distinct look to create your own unique quilt using a limited color palette: our gorgeous hand dyed fabric in saturated purples.
We encouraged artists to push themselves creatively, think outside the box and create new fiber art.
The contest was open to anyone and everyone.
All the quilts are the same color, fabric, size (20-inches square) and theme. 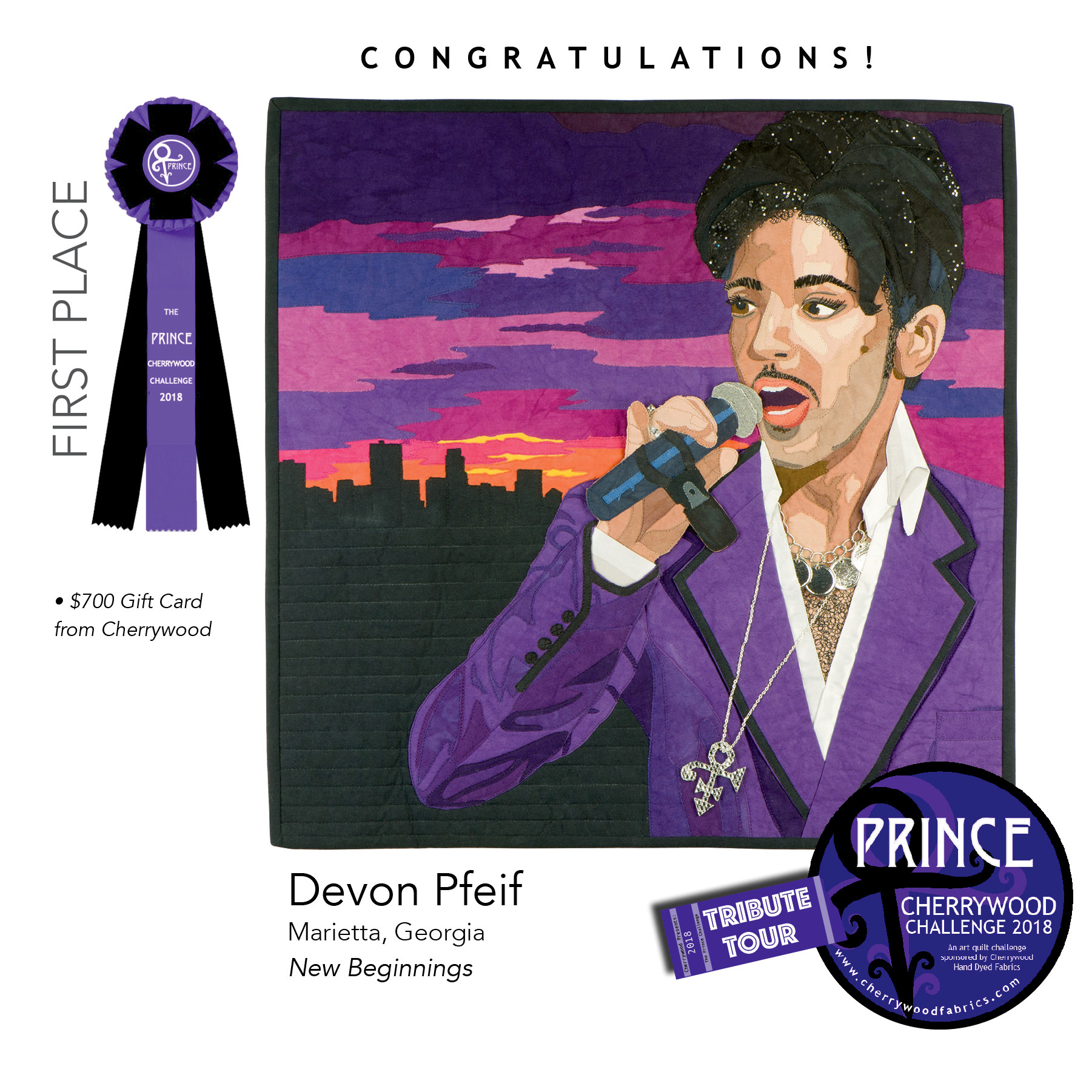 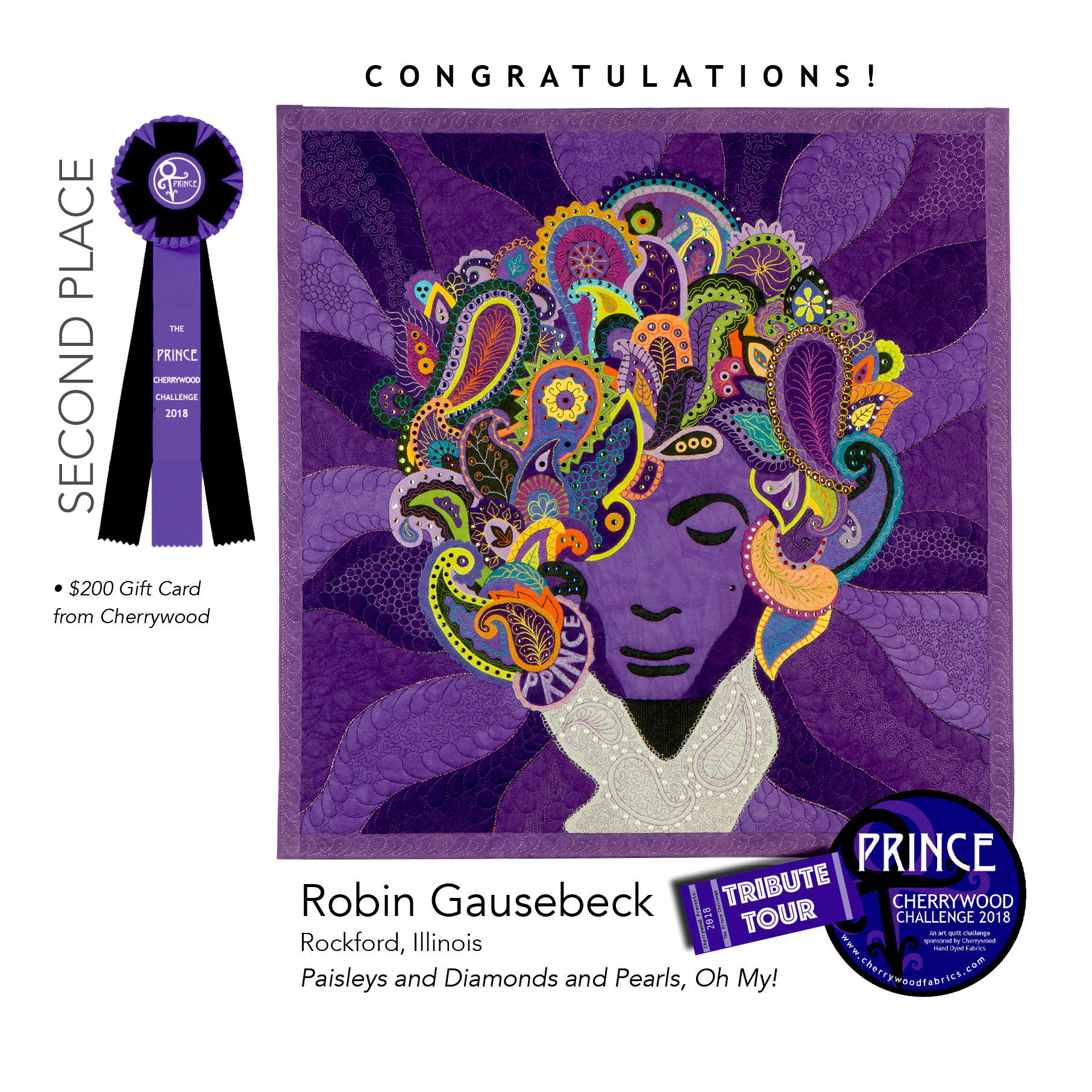 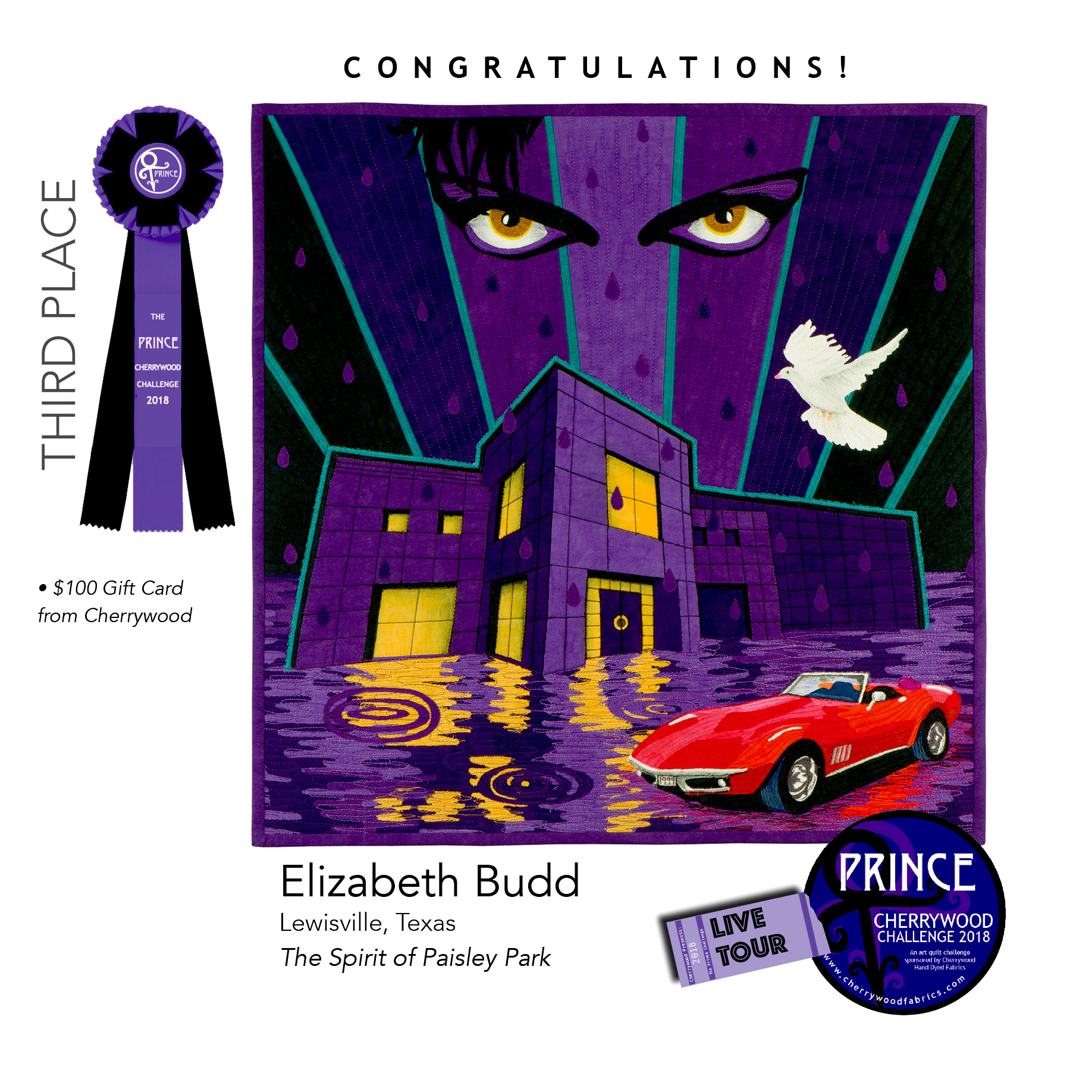 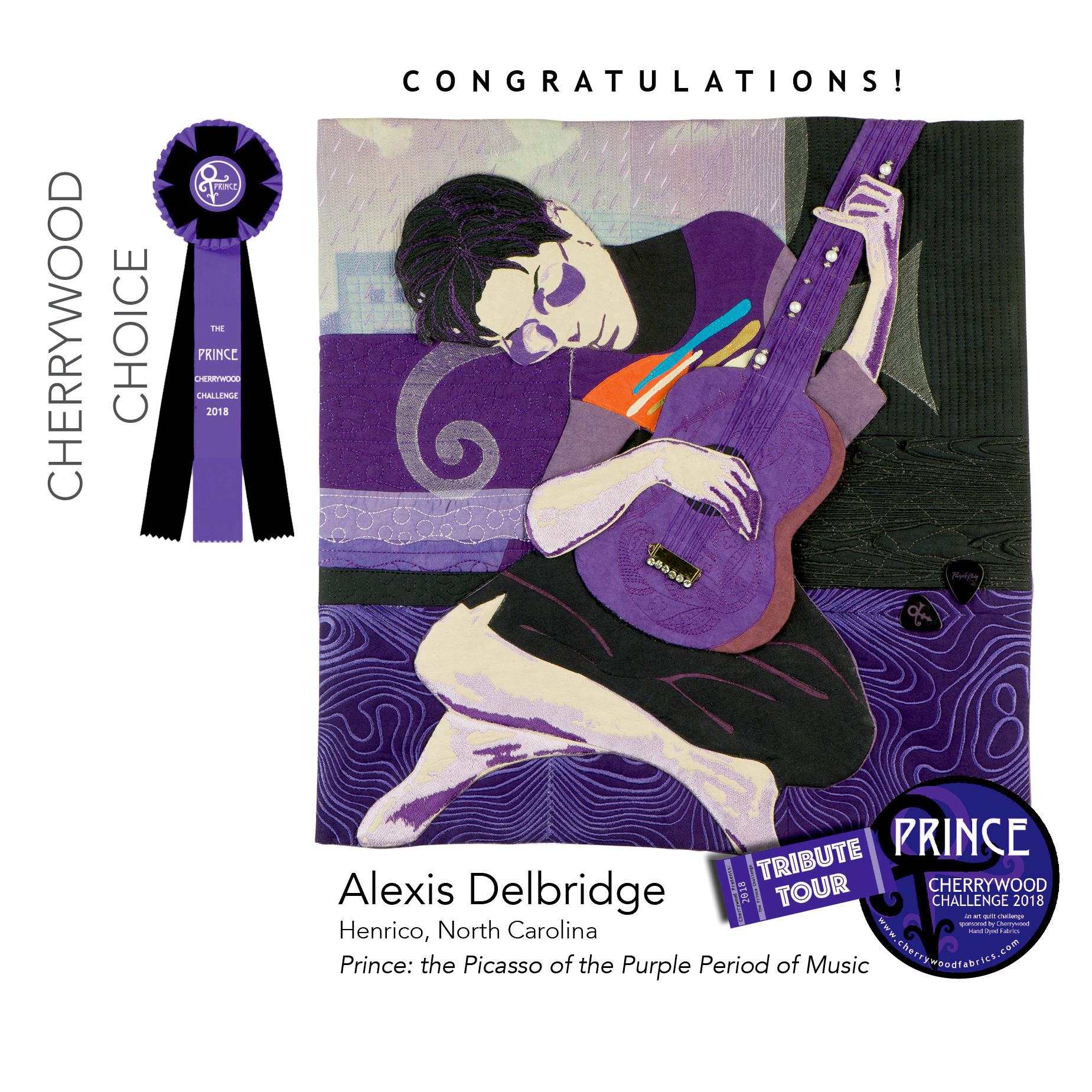 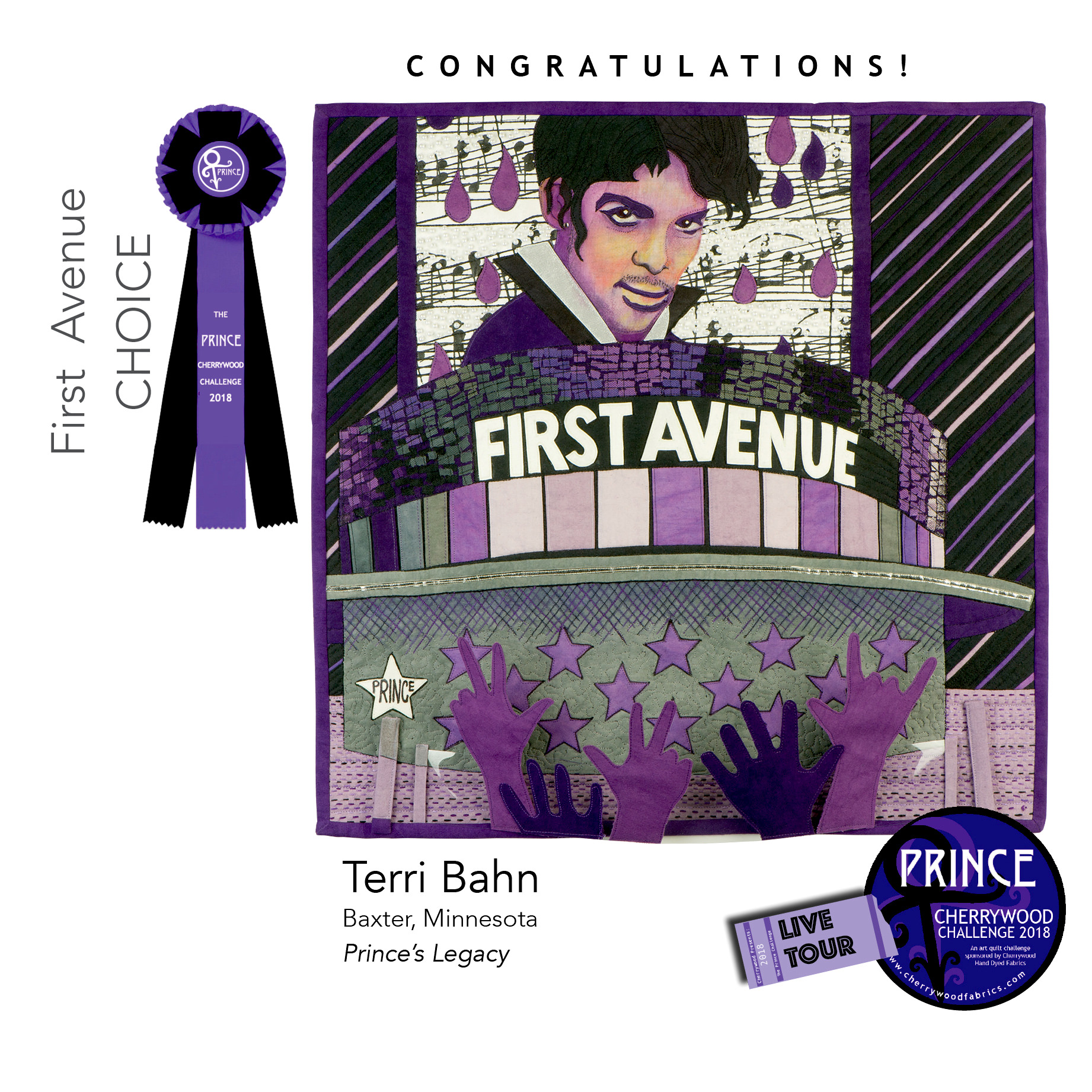 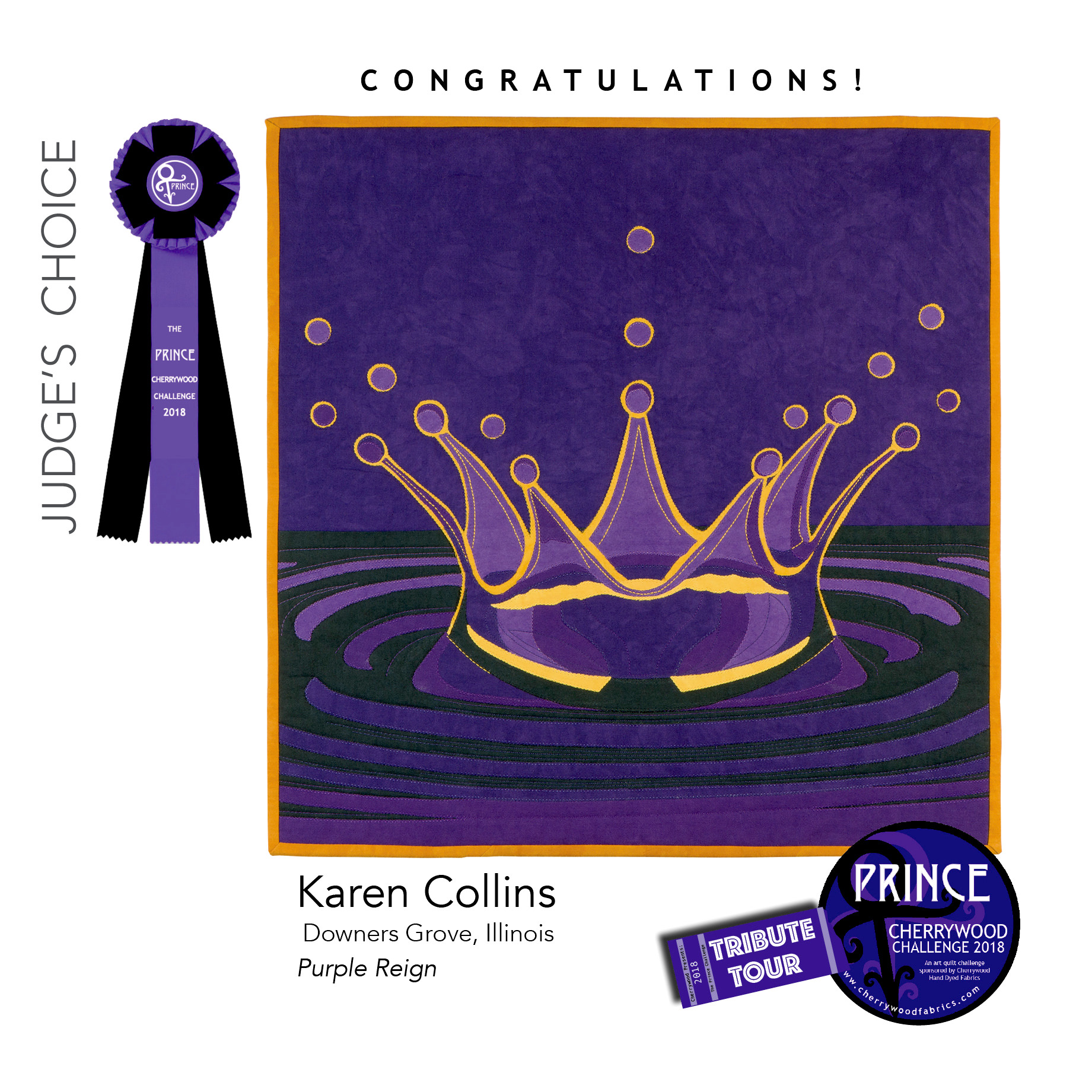 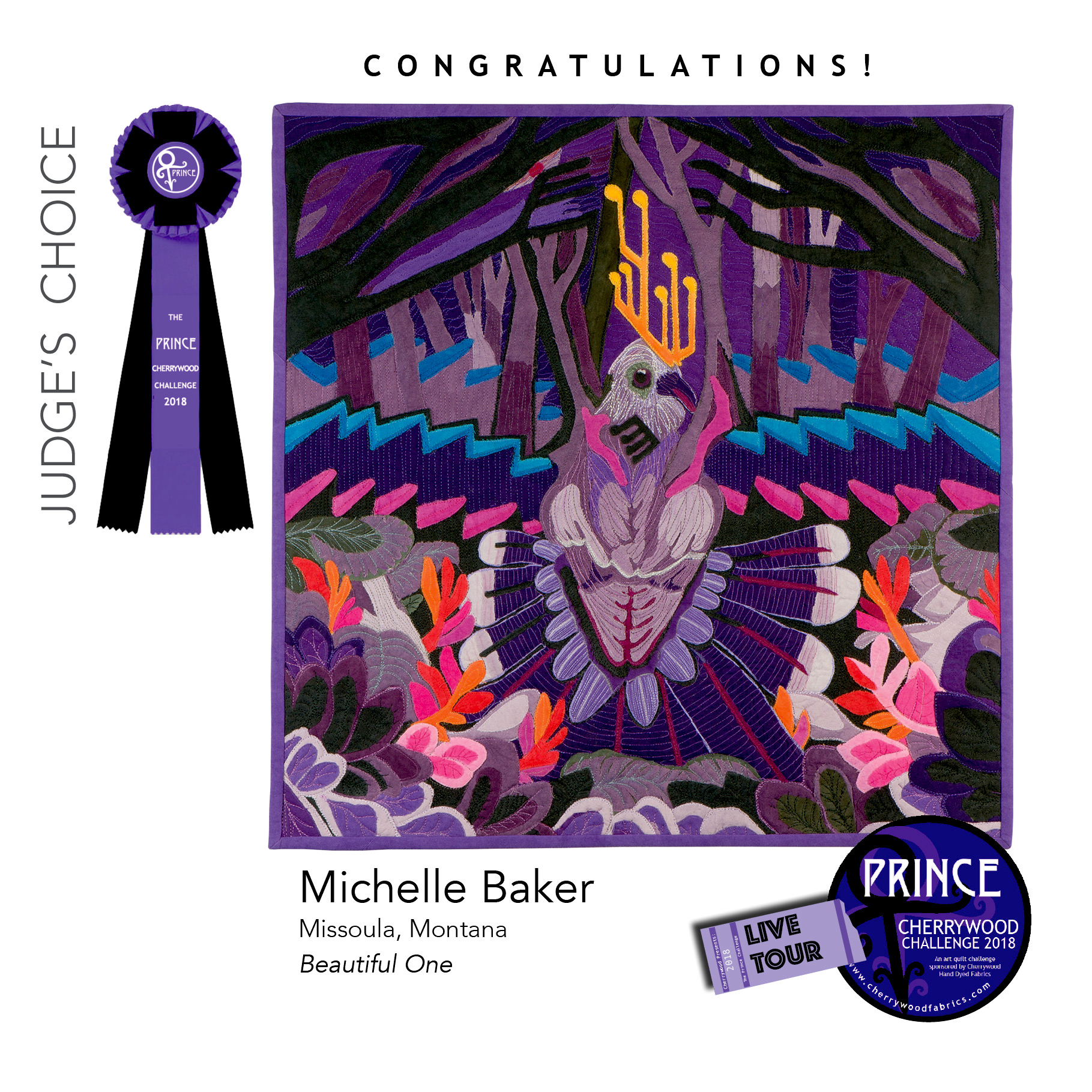 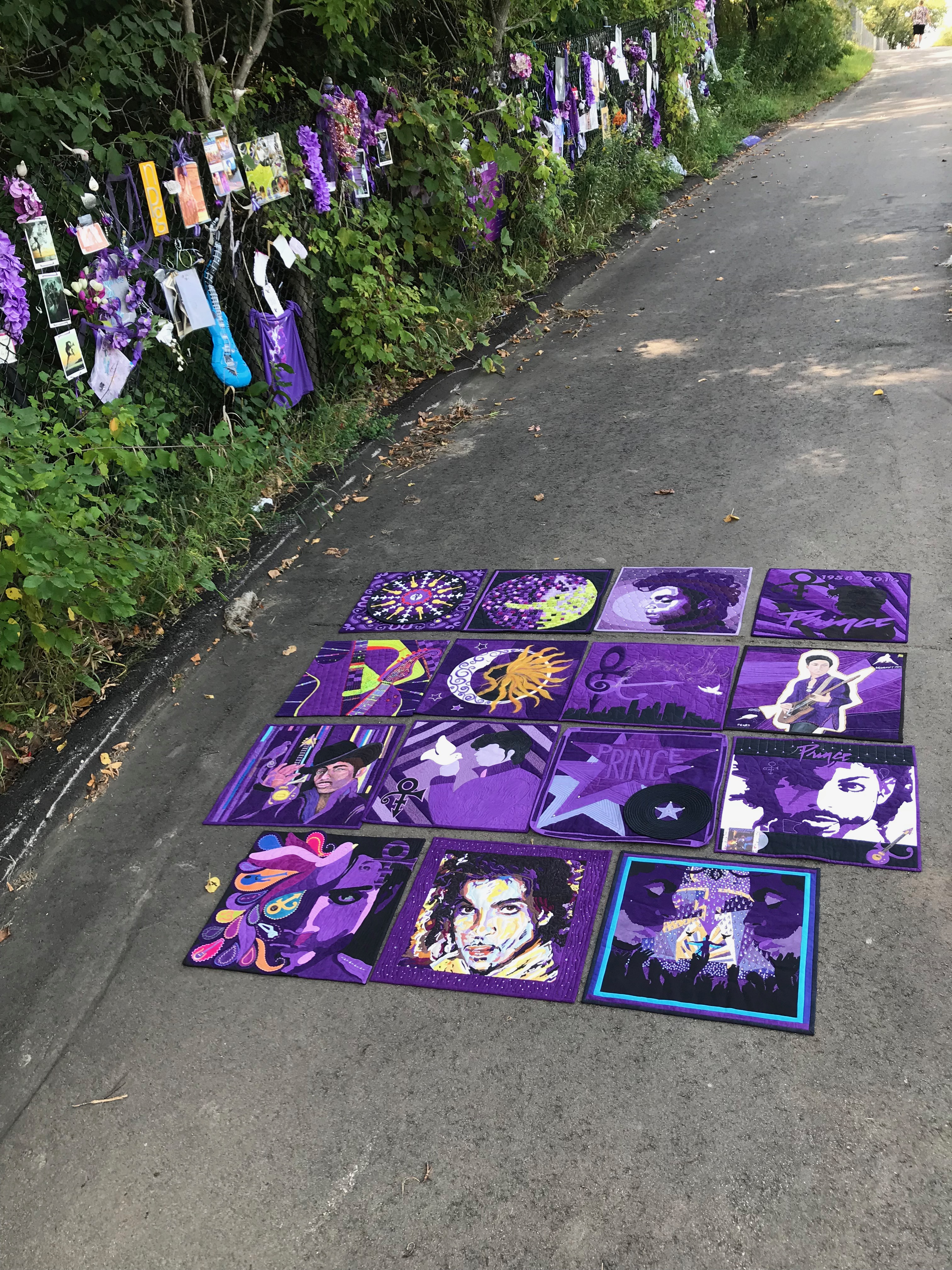 Prince Rogers Nelson was born in Minneapolis, Minnesota in 1958. A son of a pianist and a jazz singer, he wrote his first song when he was just seven years old. Prince was a musical innovator who was known for his eclectic work, flamboyant stage presence, extravagant dress and makeup, and wide vocal range. He was inducted into the Rock and Roll Hall of Fame in 2004. He has sold over 100 million records worldwide, making him one of the best-selling music artists of all time.
His iconic film “Purple Rain” was filmed in Minneapolis, home of the legendary First Avenue nightclub. Even though Prince could have lived anywhere in the world, he still called Minnesota home up until his untimely passing in 2016. Paisley Park, Prince’s studio, home and now museum, is just 200 miles from the Cherrywood Studio, making this an obvious choice for our fourth contest.
To honor Prince's philanthropic history, Cherrywood is proud to have donated $1000 to The Juvenile Diabetes Research Foundation and $200 The Crossing Arts Alliance in honor of this challenge.